I’d heard there was such a thing as “weed lube,” so my partner and I decided to give it a try.

The first thing I learned about weed lube is this: Don’t let your boyfriend lead. He’ll learn all he can from sites like Reddit, but most of the posts about weed lube he finds will not be written by women. Or he will read the packaging and extrapolate based on his own experiences, which will not be close enough to yours to be relevant. I should have known this already as my first experiences smoking and eating cannabis with his guidance were equally as fraught. He may have more experience with cannabis than I do, but he has zero experience being a woman in her 40s.

What I really should have done was to check in with other women.

From his perspective, Foria Pleasure definitely made sex seem better for me. According to him, I was more vocal and appeared to enjoy everything more exuberantly. But from my perspective, sex with my partner is usually pretty wonderful. Plus this sex had a lot of foreplay as we had to wait nearly an hour for the Foria Pleasure brand of lubricant to work. So I can’t say for certain that I noticed a big difference from our other sessions where foreplay was plentiful.

He says we need to try again.

I say maybe I just need to go out and have bad sex with and without Foria and get back to him.

He doesn’t get my humor.

I gave the bottle to a friend of mine – let’s call her Anne – who used it solo. She swears using it gave her mind blowing orgasms that lasted and lasted. I was happy for her. Dang if I should have consulted my local girl gang about how to use Foria instead of my boyfriend because it sounds like I missed out on some next level sexy time.

I don’t want you, dear reader, to miss out. So here is the skinny on Foria:

If you normally use a lubricant, you should probably have a bottle of your favorite handy for actual lubing.

Foria comes in a tiny spray bottle and is meant to be used as a “pre-lube.” It’s about the size and shape of a breath spray.

The effect is supposed to be relaxing while also acting as an aphrodisiac. Each spritz contains about 2.5mg of THC so you don’t need a lot. The website instructs you to use four or five sprays on your clitoris, labia, and vaginal opening. I used five just on my vaginal opening as instructed by my boyfriend. Anne says she uses about eight all over her lady parts because she’s a pro.

2. The effects of Foria Pleasure can take up to an hour to start working.

Don’t feel as if you have to rush into the action after application. Put your feet up, light some candles, think about how you just sprayed your hooha with an aphrodisiac that resembles a bottle of breath spray, laugh uncomfortably then riotously… relax, good things come to those who wait.

3. Foria Pleasure is coconut oil based.

The website cautions that you should not use the product with latex-based toys or condoms because coconut oil degrades latex. If you have waited 40 minutes to one hour for it to work, are already feeling that frisky disco in your underpants, and are also using your regular lubricant, I can’t imagine a few sprays of Foria actually matter that much in terms of latex degradation. But you never know, so safety first.

4. Because Foria Pleasure has THC in it, it’s not available everywhere.

You can only buy Foria at dispensaries in California and Colorado. I hear they are coming out with a THC-free variety of Foria this June so that should be good news for adventurous women everywhere.

Bottom Line: Trying out Foria that one time was really fun for my boyfriend and for me, but since Anne isn’t giving back my bottle of Foria anytime soon, I’ll have to either buy some more next time I’m in a state where it’s sold or make my own.

If you don’t happen to live in California or Colorado and can’t wait for Foria to get to your area, you can always make your own cannabis infused coconut oil. Here is a handy recipe. 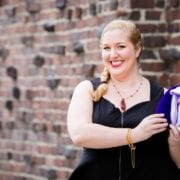 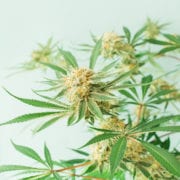 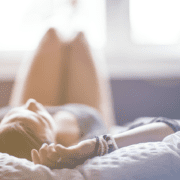 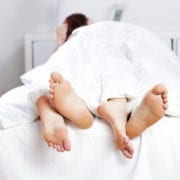 Study: Women Who Use Cannabis Have More Sex 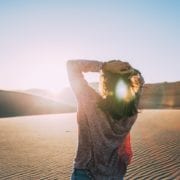 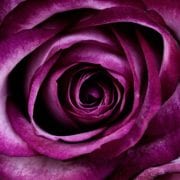 Love Yourself With Cannabis: THC
8 replies

A Month of Ellementa Giveaways!
Scroll to top