Three years ago, Carrie Tice had a hysterectomy and went through menopause unexpectedly. During her six-week recovery, she managed her symptoms with cannabis instead of opiates.

Carrie says her body did just fine until she went to a conference in Paris and had to travel without cannabis.

“All of my hormonal symptoms appeared, unfortunately, while I was onstage presenting,” she said.

So a year later, when her mother’s caregiver suggested trying CBD products to treat symptoms related to Alzheimer’s, Tice — who had experienced firsthand the healing benefits of cannabinoids — decided to take her mom to pick out some to try.

“It became immediately apparent that I hadn’t thought it all through,” Tice said. In addition to the unfamiliar environment of the dispensary, her mother was overwhelmed by the options. “She just didn’t know what to ask and felt intimidated by the whole process.”

Shopping online wasn’t any easier. But when they finally managed to obtain – and administer – an under-the-tongue tincture and topical, the change in her mom was instantly apparent.

“Immediately I could see that she felt better and that her anxiety lessened,” Tice said. “It felt like it was 10 years prior.” Over the holidays, relatives were amazed at the difference — and then they started calling and asking how they could get the same kind of results.

“I realized that there were so many people that needed this information,” she said.
With that, she and her mother sold the Victorian house they shared on Octavia Street, Tice left her job at video game giant Ubisoft, and a business was born.

Serving seniors and beyond

Two years later, Octavia Wellness has more than 700 clients in California and about 40 independent “wellness consultants” who facilitate sales, a 24-hour courier service, and a catalog of products ranging from cannabis-sourced tinctures and topicals to edibles to concentrates. Although popular with seniors (about half of Octavia’s clients, Tice estimates, are over 65), the company serves customers of all ages.

“What we’ve realized is that once one family member is helped by cannabinoid therapy, then it usually becomes a family matter, and people become believers,” Tice said. “We want everybody to feel welcome.”

As Tice experienced with her mother, the educational process is a critical service for clients who are new to cannabinoids.

“That’s our biggest task right now, making sure that people have as much education as possible,” she said. One of the common hurdles to clear is a fear many clients have about “getting high.”

Tice said it’s mystifying to her that people will accept mind-altering side effects from medications that come in an orange bottle but are fearful of simple cannabis tinctures that often contain very little THC (Octavia generally recommends starting with a 20:1 ratio of CBD to THC).

Tice jokes that the topical products Octavia sells are a “gateway cannabis drug.” At informational seminars, she’ll start by passing around a discomfort relief spray and inviting guests to give it a try. Later in the presentation, she’ll point out that the spray is working… and then watch as the audience realizes that she’s right.

Pain isn’t necessarily the most important symptom for which seniors are seeking relief, however. According to Tice, four out of five seniors live with insomnia, stress, anxiety or mood issues, or memory impairment in addition to chronic pain.

“If a senior doesn’t get sleep, it causes all of these other problems,” Tice said. “If we can deal with their insomnia … everything starts feeling better.” 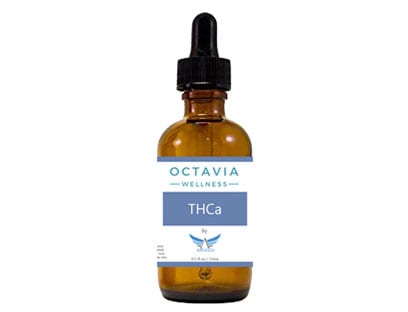 Challenges, rewards and looking to the future

One of the most significant hurdles Octavia customers face, she said, is discussing their cannabis use with their doctors. The FDA classifies cannabis as a Schedule I drug, meaning that as far as the federal government is concerned, it has high risk of abuse and no medical benefits — despite overwhelming evidence to the contrary. Physicians, then, may have no knowledge of or experience with cannabis even if they personally approve of its use.

Even so, Tice said, it’s important for cannabis users to “come out of the closet to their medical doctors about what they’re taking … even if they’re dismissive.” For its part, Octavia is doing one-on-one outreach with doctors (a process Tice says has been “really rewarding”) as well as sponsoring Patients Out of Time, a clinical conference on the benefits of cannabis.

“The only way for this to change is for the doctors to be able to understand,” she said.

Octavia has also been working to resolve some issues tied to the relative immaturity of the cannabis market, such as consistency of testing, dosing and applications. The company recently raised over a million dollars in capital to do an across-the-board comparison of all of the products it offers, including lab results, cannabinoid levels, dosing directions and testimonials.

For now, Tice said, although it would be nice to be free to do business in other states, California’s population is large enough to sustain Octavia’s business. As more states legalize cannabis, however, the company is considering a revenue model being used by some other cannabusinesses.

“We would love to have a license model,” she said. “One of the things we’re discussing is using our technology and our platform and our educational strategy and then having a licensing model.”

“The only way for this to change is for the doctors to be able to understand (cannabis).”

Doctors aren’t the only ones who are starting to come around on cannabis.

“The population in general is getting more open-minded for sure,” Tice said. “Even in just the two years that I’ve been doing this, the stigma has definitely dissipated a lot.

“The more we go about this with our heads held high … the more that we have a clear message and deliver it with education and deliver it in a way that makes sense to people, it definitely combats that stigma.” And the fact that it works doesn’t hurt either, she added.

It’s the parents of Baby Boomers who seem to take the most convincing, she said, although they stand to benefit greatly.

“People in their 80s are the ones who are most hard-set (against cannabis) due to the War on Drugs,” Tice said. “They may have had children who were experimenting, and they were always told all of the demon qualities of cannabis.”

One of the things Tice likes most about the business is that it tends to foster communication across generations — a client in their 60s sees results, and suddenly younger and older relatives are asking what cannabis can do for them.

“It’s fun to be able to have these family conversations, being able to have all different types of people and serve all these different demographics,” she said, especially for a business that started out focusing on seniors.

“It’s really funny how one demographic that we are focusing on is actually opening up all of these other demographics for us. It’s been a remarkable journey, and we’re really feeling that things are just getting better and better in terms of spreading the news.”

As for her own mother, who was in a nursing home before she started using cannabis topicals — she lives with Tice now.

“She still has Alzheimer’s … but she has such a better outlook,” Tice said. “She calls herself our mascot.” 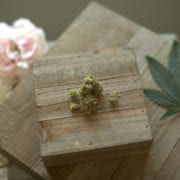 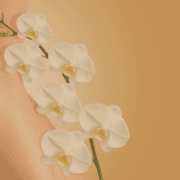 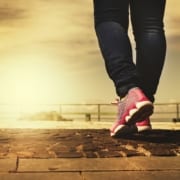 9 Reasons to Fall in Love with Walking 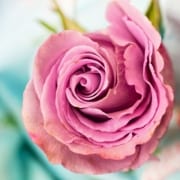 Love Yourself With CBD 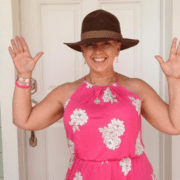 A Month of Ellementa Giveaways!