In her own words, she is a “ceremonialist” or a “plant spirit guide, creating communal experiences that support transformational healing and awakenings with the support of cannabis as a spirit plant.”

Ellementa was honored to have a conversation with Becca recently.

ELLEMENTA: You started using cannabis in your 20s to help you address issues like anxiety, but in the years since you’ve evolved in your relationship with it. Can you talk about your journey to where you are today, guiding others to use cannabis as a spiritual medicine?

Yes I discovered very quickly in college that besides communing with my friends over a jay, partaking alone by myself was something I was drawn to. In fact, because cannabis often amplified my social anxiety when I was with others, I came to prefer solitary communing with the plant as it went the opposite direction and eased the symptoms of my anxiety and low self-esteem.

However, cannabis in this instance, was only palliative. That is, once the active effects of cannabis waned, the anxiety, etc would return.

For years – actually for decades – I smoked it to achieve well being but once I was no longer high, I slid back into wrestling with difficult emotions.

I had been intent on finding a way where these out-of-control emotions no longer ran my life. You know, something comes out of left field – either somebody doing or saying something or simply some errant thought throwing me into an emotional whirlwind. I was so tired of the suffering but couldn’t find answers.

After a couple of years of experimenting with other mind-altering substances – ayahuasca, psilocybin mushrooms, acid, molly and the like – I encountered a shaman at a plant teacher conference who really let into a guy who was obviously taking hallucinogens pretty indiscriminately. You know, seemingly more for entertainment value than a part of a personal growth path. The shaman, who leads ayahuasca journeys and had never used another hallucinogen, said something like, “If you value the spirit of a particular plant you will work with it and know everything about its energetic powers. You will have no need for others.”

Wow, that really struck me because at the time I had been working with cannabis in various experiential self-styled protocols during meditation. It was right then and there, about two-and-a-half years ago, I made a pact with the spirit of cannabis to work solely with her and asked her to guide me to next steps.

Soon after, I was introduced to the “emotional liberation” work of a master of ancient Eastern kundalini lineage who lives in LA. I began studying with him. He’s created a remarkable codified system for healing from difficult emotions by employing kriyas (ancient Indian body and breath movements) to engage the nervous system and activate the flow of vital energy through the chakras and nadis.

Although the tradition forbids the use of drugs, true to form, I was experientially including very small doses, micro-doses, of cannabis and realizing stunning emotional shifts. What I found was really quite intriguing and speaks to the potential of the combination of plant medicine and these ancient traditions.

I experienced profound permanent healing in doing this work. Once I came out the other end – emerging into this balanced clarity that I hadn’t experienced before – all I wanted to do was share these approaches with others to support them in re-setting their emotional guidance system.

I then began creating a ceremony “container” in which to introduce these healing approaches to others in group gatherings and provide an inviting atmosphere for those who want to work with the plant in a conscious way.

My goal is to create a safe, welcoming and sacred environment for people either taking their first steps or those drawn to taking next steps in their personal development. 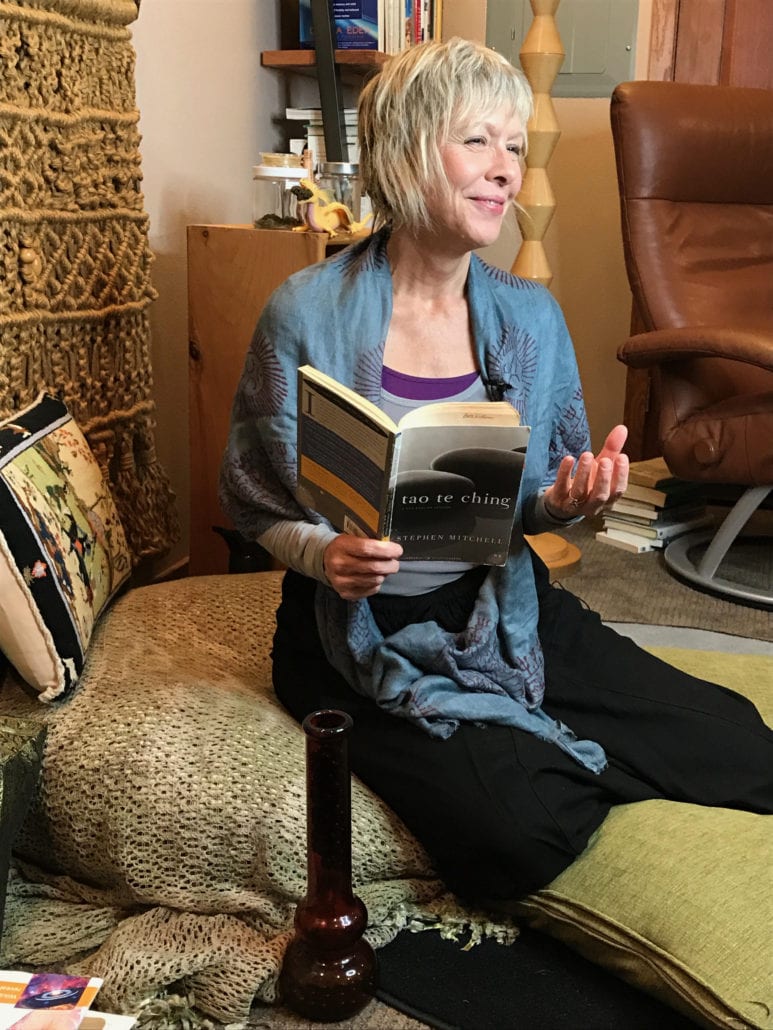 ELLEMENTA: For those who are new to what you do, can you explain what a Spirit Plant is and what it does? How is its use integral to the ceremonies you do?

The plant kingdom cares for us in innumerable ways and is dedicated to our wellbeing. There are plants that nourish us, revitalize us, protect us, heal us. Our beloved Spirit Plants work at a metaphysical level to support a person in opening to self awareness and higher consciousness, which can lead to emotional healing.

Having said that, you can imagine how useful cannabis is in our ceremonial work. However, my ceremonies are completely plant medicine-optional. The body and breath practices called kriyas are the core of my approach. They are sophisticated technologies handed down from ancient lineages of holy men who used them to “commune with the Divine.” We do the same thing but the Divine is our “Higher Self” or our intuition.

We create an environment for insight, for self-knowledge, which leads to healing.

ELLEMENTA: Who is (or should be) a Cannanaut? Who are the people who are taking and benefiting from these spiritual experiences?

In my ceremony invitations, I say “all edge walkers are welcome.” It’s sort of code for those ready and willing to do self-exploration. I playfully call those of us pursuing these journeys cannanauts (a la psychonauts or astronauts). In fact, it’s what I named my work: Cannanaut: Exploring the deep inner reaches of consciousness with the support of cannabis.

Those who are drawn to my Elevation Ceremonies usually feel some kind of expansion coming. Participants often arrive knowing they want more but they may not be clear about what they’re seeking. That’s perfect because my ceremonies create a nurturing and welcoming space for accessing a depth of self-exploration that you can achieve in your first experience.

My fondest desire is for people to learn these approaches themselves so they can cultivate an emotional resilience when something out of left field throws them into upset. They can do the practices in the privacy of their home and then join us for ceremonies live and online to collectively commune with like-minded others.

And just a word about ceremony – as human beings, our call for ceremony goes very deep – it’s primal, it’s tribal.

We’re missing this sense of deep connectedness in our modern culture. That’s why we need to be creating our own rituals and our own ceremonies to re-connect with ourselves and with others in an intentional and powerful way. This is the focus of my work.

ELLEMENTA: You endorse microdosing of marijuana in the encounters you host. Can you talk a little bit about the mechanics of that? How is cannabis consumed during your ceremonies, and why is microdosing most effective?

During my ceremonies if a participant is going to include cannabis I do encourage microdosing – regardless of whether they’re newbies to the plant or they partake of marijuana regularly and have a high tolerance. Using cannabis for exploring higher consciousness is a gigantic jump from dosing for everyday activities and physical health.

In approaching it like this, cannabis is a gentle boundary dissolver that supports us in stimulating going inward. It nurtures intentional focus … this is a big deal for most of us and especially if you’re wrestling with social anxiety or dissociation. It allows you to settle down and settle in to release, reset and renew.

Make no mistake about it, this is Soul play. And how we invite our Soul to the party is vital.

You ask how we consume cannabis during our ceremonies. I personally like the old fashioned smoke as it’s ceremonial. But I’ve updated it so that each participant has their own joint and we take turns lighting each other’s while bestowing a blessing. Some of our participants unwrap the joint and vape it.

We’re also experimenting with tinctures and teas. We have some wonderful conscious cannabis companies that have stepped up to introduce their products to our participants and I’m grateful for that.

ELLEMENTA: Are there any stories you’d be willing to share about what some of your Cannanauts have experienced? Do you find that there are benefits even for folks who maybe aren’t as inclined to be open to spiritual experiences, or do they have to come to the ceremony ready to embrace every part of it?

As I mentioned earlier, all that’s necessary to participate in one of my ceremonies is an open mind and willingness to embark on a fantastic inner journey.

I can say a few things about people’s experiences but respecting participants’ privacy is all important. In the ceremony, I emphasize that we come together in a field of trust and confidentiality – and everybody in the gathering commits to that.

There’s a spectrum of how participants respond. I send out a short survey after every gathering. Most participants are impressed by how clear, centered and calm they feel at the conclusion of the gatherings. That’s a great beginning from one ceremonial experience but for on-going emotional healing and profound transformational shifts I encourage them to continue the practices.

Even in one ceremony experience, participants, especially seasoned meditators, have reported dramatic shifts – like calling up and clearing out old memories that have weighed them down in their lives and created a lot of self-doubt. One participant said that following her experience with the Elevation Ceremonies, she realized the connection between childhood trauma and her anorexia and, as a result checked herself into the hospital.

“The object of the contemplations were familiar to me from my studies but the ceremony pushed deeper and helped me be more direct in confronting the central issues that I’m dealing with.” JH, Elevation Ceremony participant

It’s not for everybody though, I’ve had a couple of people who’ve experienced a ceremony, and in the anonymous surveys they said they have their own approaches and they’re going to stick with what they know. I respect that. I respect where everybody’s at on their path.

Above all, make no mistake about what goes on in our gatherings – it’s not about me, it’s about the remarkably sophisticated practices handed down by ancient wise ones and the benefits that our Spirit Plant can bring to support them. I merely act as a guide into the experience.

ELLEMENTA: You conduct ceremonies in person, but you also do them over YouTube! How did you start offering online ceremonies, and how do they work?

Thanks for mentioning that! To be clear, online ceremonies or individual private on-line ceremonies are in the offing. It’s been vital to introduce and polish the ceremonial framework through our in-person gatherings. I began introducing the ceremonies the middle of last year on a private one-to-one basis as betas in order to get constructive feedback on what participants would like to see more of, less of or what they might be desiring that they’re not getting. There wasn’t a lot of the latter, which told me I was on the right path in my ceremonial work. I then began offering group Elevation Ceremonies last November in the Denver area.

People ask me how I got to the point of doing this work. You know, it was an organic unfolding. I’ve been a group facilitator and mentor for personal and collective transformation for more than 20 years. As a serious student of emotions, I am deeply blessed to train extensively in emotional liberation with a master of ancient Eastern kundalini and kriya lineage. My skills and passion emerge from a synthesis of these ancient yogic practices that include plant medicine, cutting-edge brain science and a mastery of intuition. 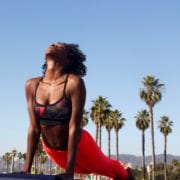 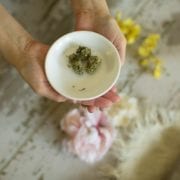 Cannabis and Women – The Perfect Match 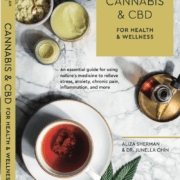 Meet the Authors of this Cannabis Book 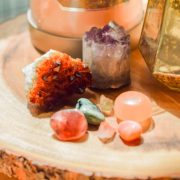 Comforting Skin Care Rituals to Look Out for YOU
0 replies 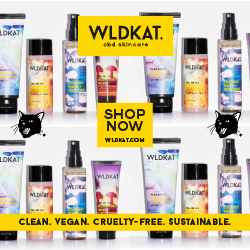 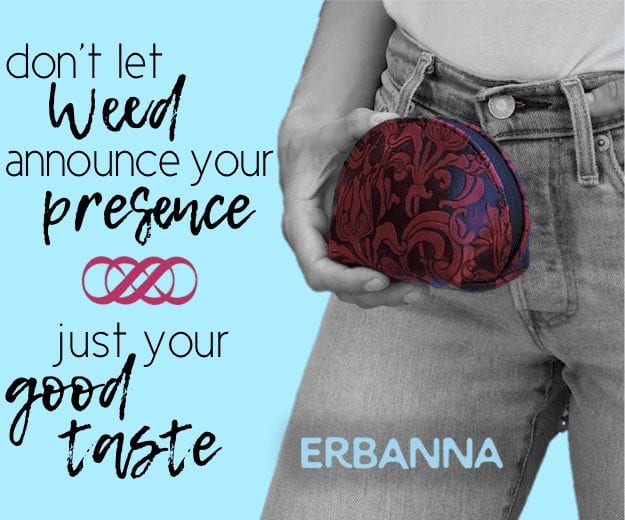 Review: Legion of Bloom “The Monarch”